Harper's Bazaar : A Repository of Fashion, Pleasure, and Instruction

Women's magazines were were especially popular. They reflected the changing view of women's role in society. Interestingly, in the 18th century, when women were expected to participate in social and political life and women's magazines of that time period had stimulating content.

But during in the 19th, domesticity was the ideal. This cultural shift coincided with the rise in mass circulation of magazines. Women's magazines inclined to focus on fashion, gossip, embroidery patterns, and sheet music.

The focus was on

"...the useful with the beautiful, and aiming to include every thing that will be interesting to the family circle.... Being intended largely for ladies, it will devote a considerable space to the matters which fall particularly under their jurisdiction, such as dress and household affairs."
-Harper's Bazaar, November 2, 1867

The Library owns several bound volumes of women's magazines of the late 1800s. Because of the nature of mass production and paper quality, they are all in fairly bad shape. 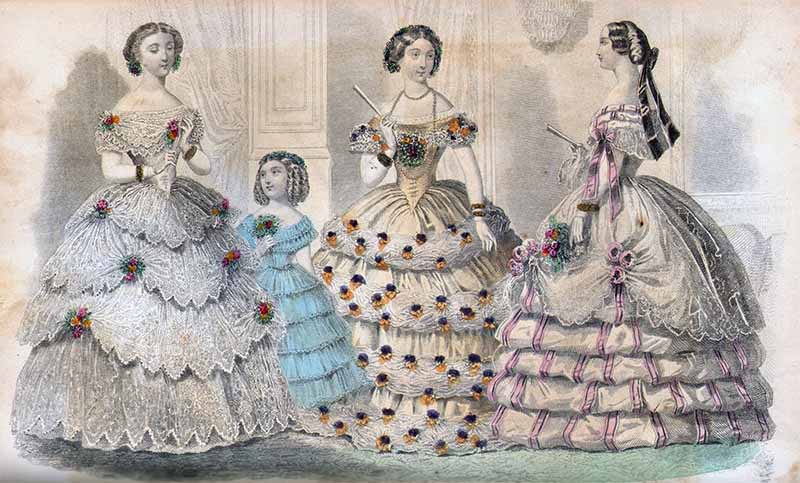 From Wikipedia: Godey's Lady's Book, alternatively known as Godey's Magazine and Lady's Book, was a United States women's magazine that was published in Philadelphia from 1830–1878. It was the most widely circulated magazine in the period before the Civil War. Its circulation rose from 70,000 in the 1840s to 150,000 in 1860. In the 1860s Godey's considered itself the "queen of monthlies".