History of Graphic Design through Publications: THE KELMSCOTT CHAUCER

The Kelmscott Chaucer by William Morris

The original, printed in 1896 and limited to 425 copies, was designed to celebrate the art of bookmaking. Otis Library owns a facsimile edition published in 1958 with the original 87 illustrations by Edward Burne-Jones.

"The Kelmscott Chaucer was printed in two columns on handmade paper with specially designed large gothic type in red and black, with 87 woodcut illustrations and 116 full-page plates after designs by Sir Edward Burne-Jones, and numerous woodcut borders and initial letters designed for this work by William Morris. The opening double-page dazzles the eye with the sheer richness of its appearance. William Morris was particularly concerned that his books be conceived as a total unity so that the paper, ink, type and decorative motifs had a uniform and complementary style."
- University of Delaware Library

"As a leader of the Arts and Crafts Movement, William Morris rebelled against the harsh utilitarianism of the machine age. He sought a solution in the return to the methods and the materials of the fifteenth century, and to designs he hoped would convey the flavor of that age. In his effort to revive the art of hand-press printing and to elevate the humble beauty of the hand-made object, Morris produced one of the great books in the history of printing--the Kelmscott Chaucer. All aspects of this book's design and production refer back to the characteristics of the medieval manuscript. The Gothic typeface, the use of margins, the decorated initials and borders, and even the quality of the paper speak to an earlier sensibility. The densely patterned marginal motifs seen here in the Prologue to the Canterbury Tales, mimic the patterned wallpapers which Morris also popularized."
- Cornell Library Website 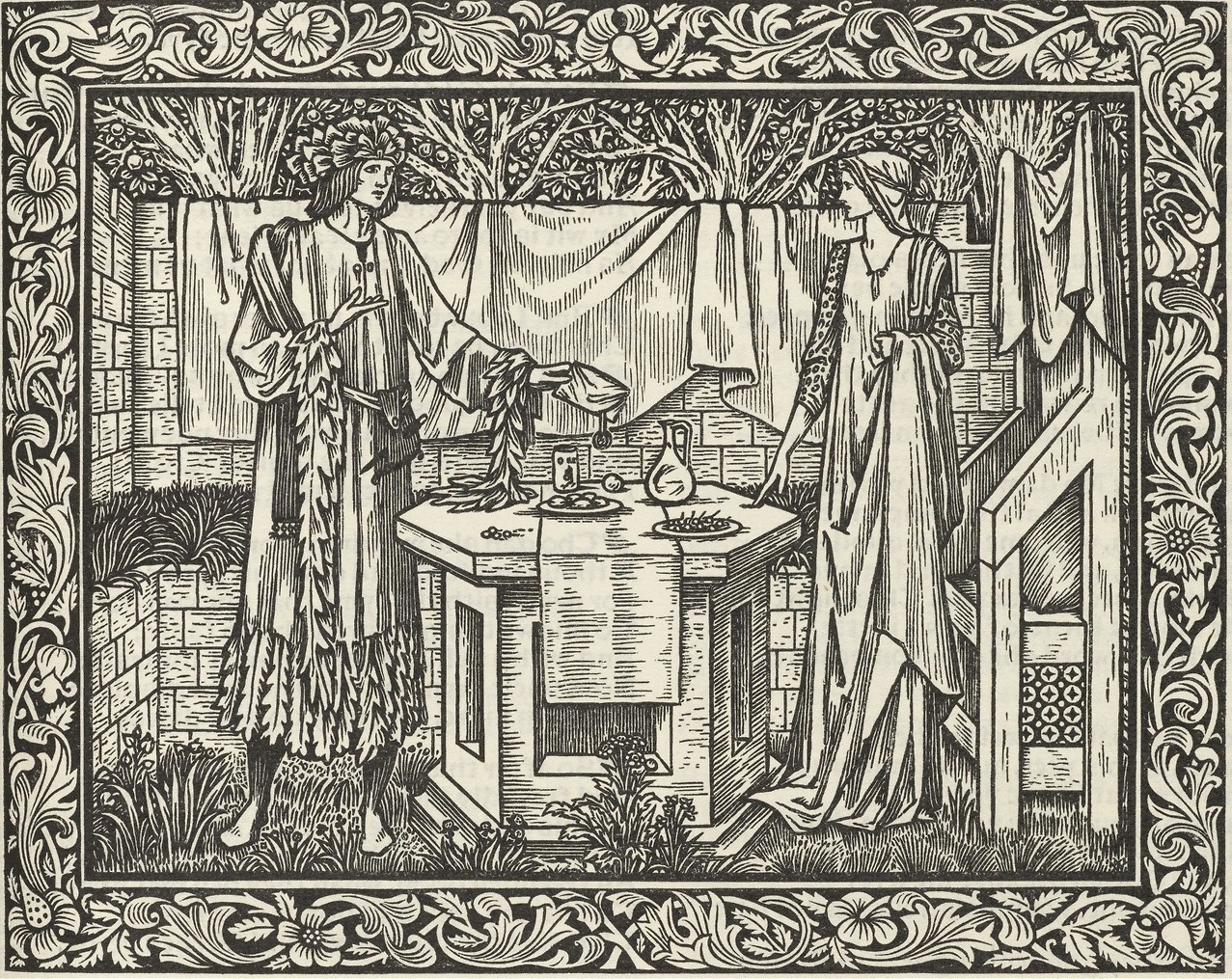 Illustration for The Works of Geoffrey Chaucer, printed by William Morris at the Kelmscott Press, 1896, page 483. Pictures designed by Sir Edward Burne-Jones, and engraved on wood by W. H. Hooper.