Chronicle of the World 1493

In 1493 the most elaborately illustrated book then printed in Europe, the Liber Chronicarum or Weltchronik appeared in print. This major work, by the Nuremberg doctor Hartmann Schedel, generally known as the Nuremberg Chronicle was printed by the foremost printer of the day in Nuremberg, Anton Koberger. It is a history of the world from the Creation to his own day and is remarkable for its illustrations, its graphic design and for its woodcuts and description of cities. The woodcut illustrations include events from the Bible, pictures of human monstrosities, portraits of Kings, Queens, saints and martyrs, and allegorical pictures of miracles. The maps and views, are all by or after the celebrated artists Michael Wohlgemut or Wilhelm Pleydenwurff, and are amongst the earliest printed representations of towns and cities available to us today.

The Nuremberg Chronicle is an illustrated biblical paraphrase and world history that follows the story of human history related in the Bible. It includes the histories of a number of important Western cities. Written in Latin by Hartmann Schedel, with a version in German, translation by Georg Alt, it appeared in 1493. It is one of the best-documented early printed books—an incunabulum—and one of the first to successfully integrate illustrations and text. 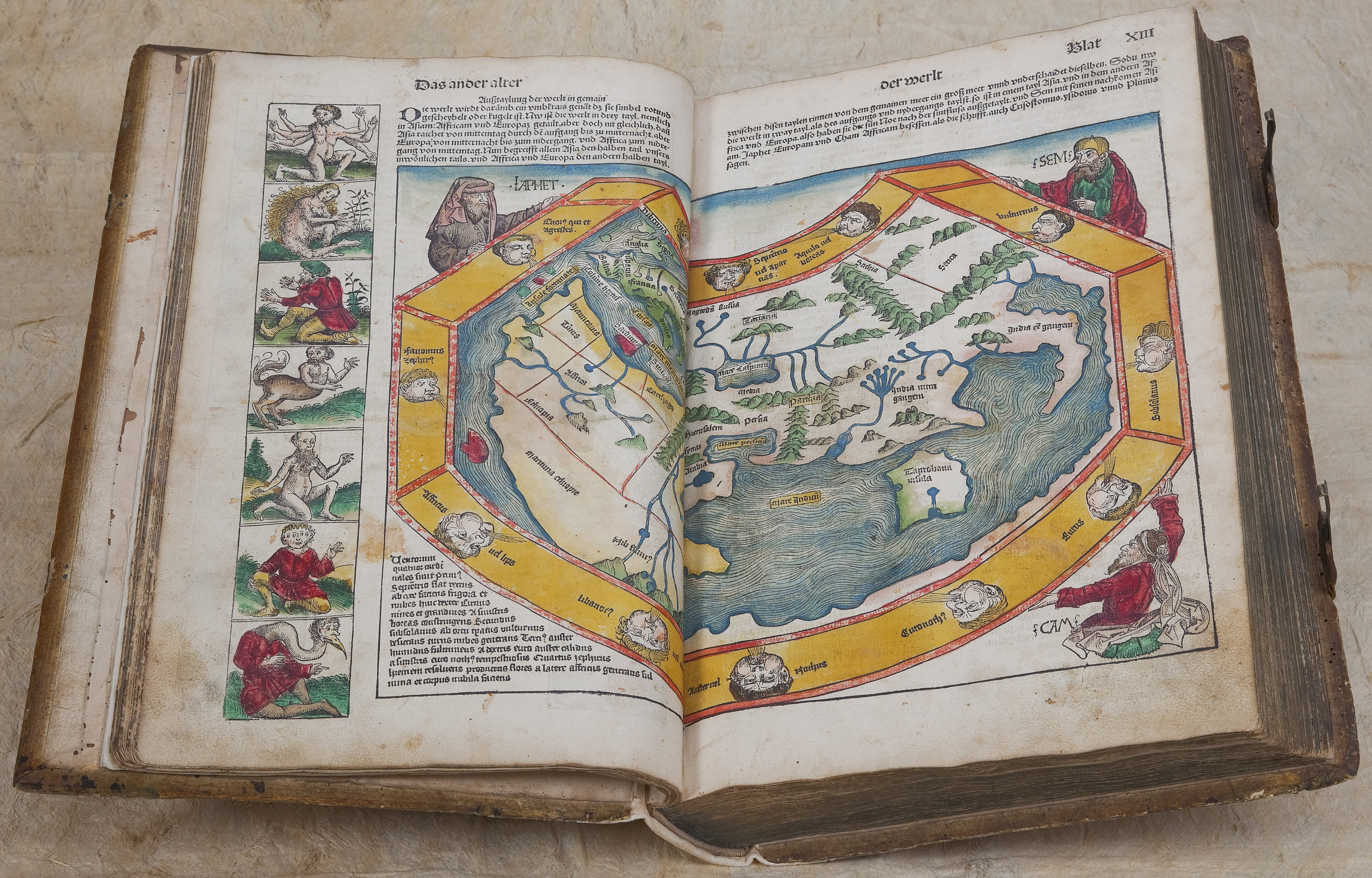