Jean de La Fontaine was a great teller of fables in France in the 17th century. He based many of his fables on those of Aesop.

Gustave Doré (1832-1883) was one of the most celebrated 19th-century French illustrators. He displayed artistic talent from the age of five, and at fourteen, published his first album, Les Travaux d'Hercules. He debuted at the Salon in 1847 with two drawings. Already well-known by the age of sixteen, he continued his high school studies at the Lycée Charlemagne, copied paintings at the Louvre, and studied prints at the Bibliothèque Nationale. 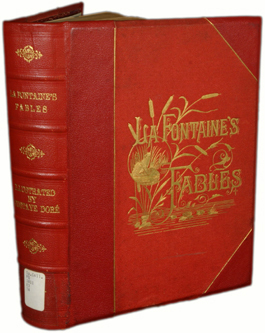 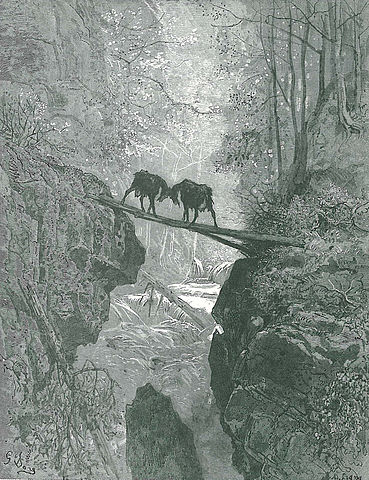 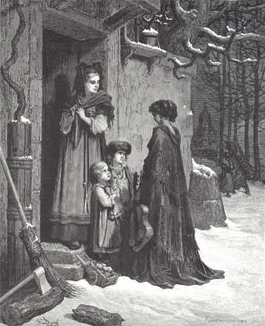 The Grasshopper and the Ant 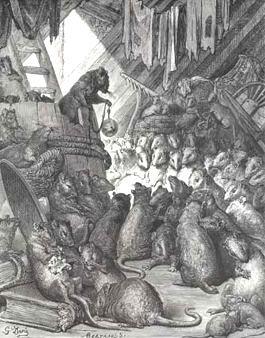 The Council of Rats