Philip William May (22 April 1864 – 5 August 1903) was an English caricaturist who, with his vigorous economy of line, played an important role in moving away from Victorian styles of illustration towards the creation of the modern humorous cartoon.

During the three years (1886–1889) he spent there he was attached to The Sydney Bulletin, or The Bulletin as it was better known, for which many of his best drawings were made. He produced about 800 drawings for The Bulletin. On his return to Europe he went to Paris by way of Rome, where he worked hard for some time before he appeared in 1892 in London to resume his interrupted connection with the St Stephens Review. His studies of the London guttersnipe and the coster-girl rapidly made him famous. His overflowing sense of fun, his genuine sympathy with his subjects, and his kindly wit were on a par with his artistic ability. It was often said that the extraordinary economy of line which was a characteristic feature of his drawings had been forced upon him by the deficiencies of the printing machines of the Sydney Bulletin. It was in fact the result of a laborious process which involved a number of preliminary sketches, and a carefully considered system of elimination. His later work included some excellent political portraits.

May was a major influence on the style of cartoon drawing in the 20th century. In 1918, Percy Bradshaw wrote in The Art of the Illustrator that May "surely gave more magic to a single line than any draftsman who has ever lived, and he was unquestionably the creator of the simplified technique of modern humorous drawing".

From 1892-1904 there were thirteen editions of Phil May's Illustrated Winter Annual with three supplemental Summer Annuals. In addition to his Summer and Winter Annuals various collections were published, including Phil May's Sketch Book (1895), Phil May's Guttersnipes (1896), Phil May's Graphic Pictures and Phil May's A. B. C. (1897), Phil May's Album (1899), Phil May, Sketches from Punch (1903). Posthumous publications include Phil May in Australia (1904), The Phil May Folio (1904), and Humorists of the Pencil, Phil May (1908). 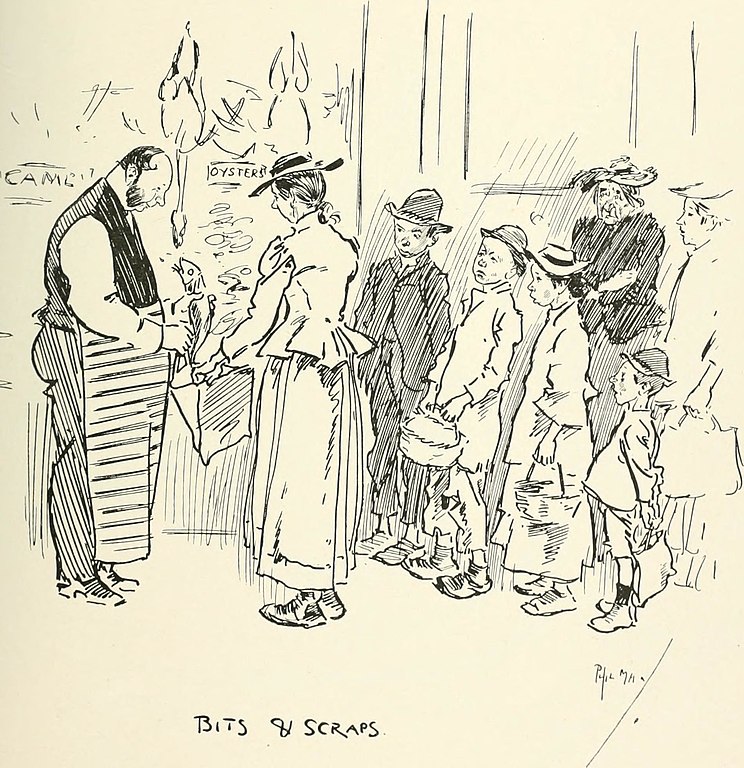