This large-format book is a full-length study of two twelfth-century Bibles and the artists who illuminated them. The first, with a famous series of historiated initials, is in the Cathedral Library at Winchester; the second is in the Bodleian Library having come there from Winchester in 1601.  Walter Oakeshott is a scholar in the area of Medieval Art and illustrated manuscripts.

The Winchester Bible is the finest of the great 12th century illuminated bibles, distinguished by its sheer size and sumptuous decoration. Using over 250 skins of calves, illuminators working over a period of 15 years depicted words and scenes from the Bible in pure gold and lapis lazuli from Afghanistan.

"Although the script of the Winchester Bible was mainly the work of one scribe, it was decorated by several artists working in widely different styles, both figural and decorative. It is difficult to imagine that artists of such widely differing attitudes could be contemporaries, although it is possible that some worked in conservative styles concurrently with others who were introducing new ideas. An understanding of the artists involved is complicated by the fact that some of them painted over drawings by others with the consequent interaction between the various styles. The differences between the artists suggest that they were lay professionals of diverse origins and artistic backgrounds, who were employed to decorate a Bible produced within the monastic scriptorium. Blank spaces in the book and illustrations left in a drawn stage reveal that its decoration was never completed." -- Oxford Art Online 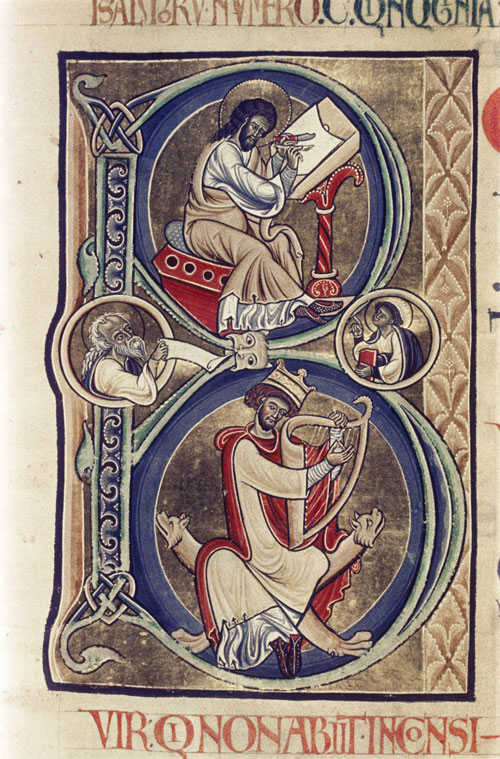 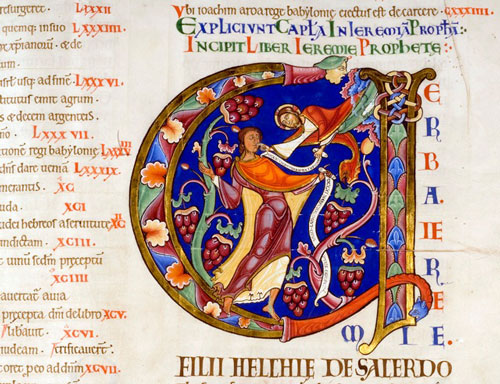