Who Was Charles White?

Charles Wilbert White, Jr. (April 2, 1918 – October 3, 1979) was an American artist known for his chronicling of African American related subjects in paintings and murals. White's best known work is The Contribution of the Negro to American Democracy, a mural at Hampton University. In 2018, the centenary year of his birth, the first major retrospective exhibition of his work was organized by the Art Institute of Chicago and the Museum of Modern Art.

From 1964 to his death in 1979, White was on the faculty at Otis College of Art and Design (then known as Otis Art Institute), eventually serving as Chair of the Drawing Dept. While  at Otis, he was a beacon for young African American artists who came to study with him, among them Alonzo Davis, David Hammons, and Kerry James Marshall.

An elementary school has been named after him and is located on the former Otis College campus.

One of His Best-Known Works 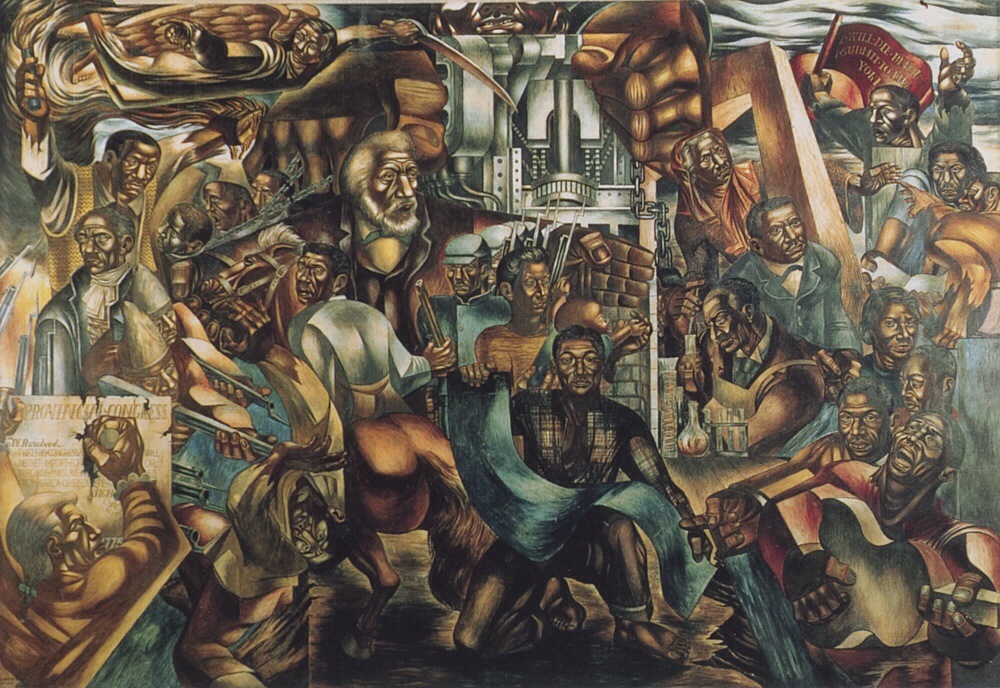 Miller, M.H. (September 28, 2018). "The Man Who Taught a Generation of Black Artists Gets His Own Retrospective". New York Times.

Charles White A Retrospective through January 13, 2019 The Museum of Modern Art. (Good video on page.) This retrospective travels to LACMA and will be exhibited in the Resnick Pavilion Feb. 17-June 9, 2019

In conjunction with the retrospective, an exhibition entitled Life Model: Charles White and his Students will be held at the Charles White Elementary School Gallery on the former Otis campus, 2401 Wilshire Boulevard, from Feb. 16-Sept. 19, 2019

A Few Books in the Otis College Library