Special Collections at Otis College includes rare books, artists' books, and archival material from the history of the college.

Chapter IV: A color has many faces--the relativity of color 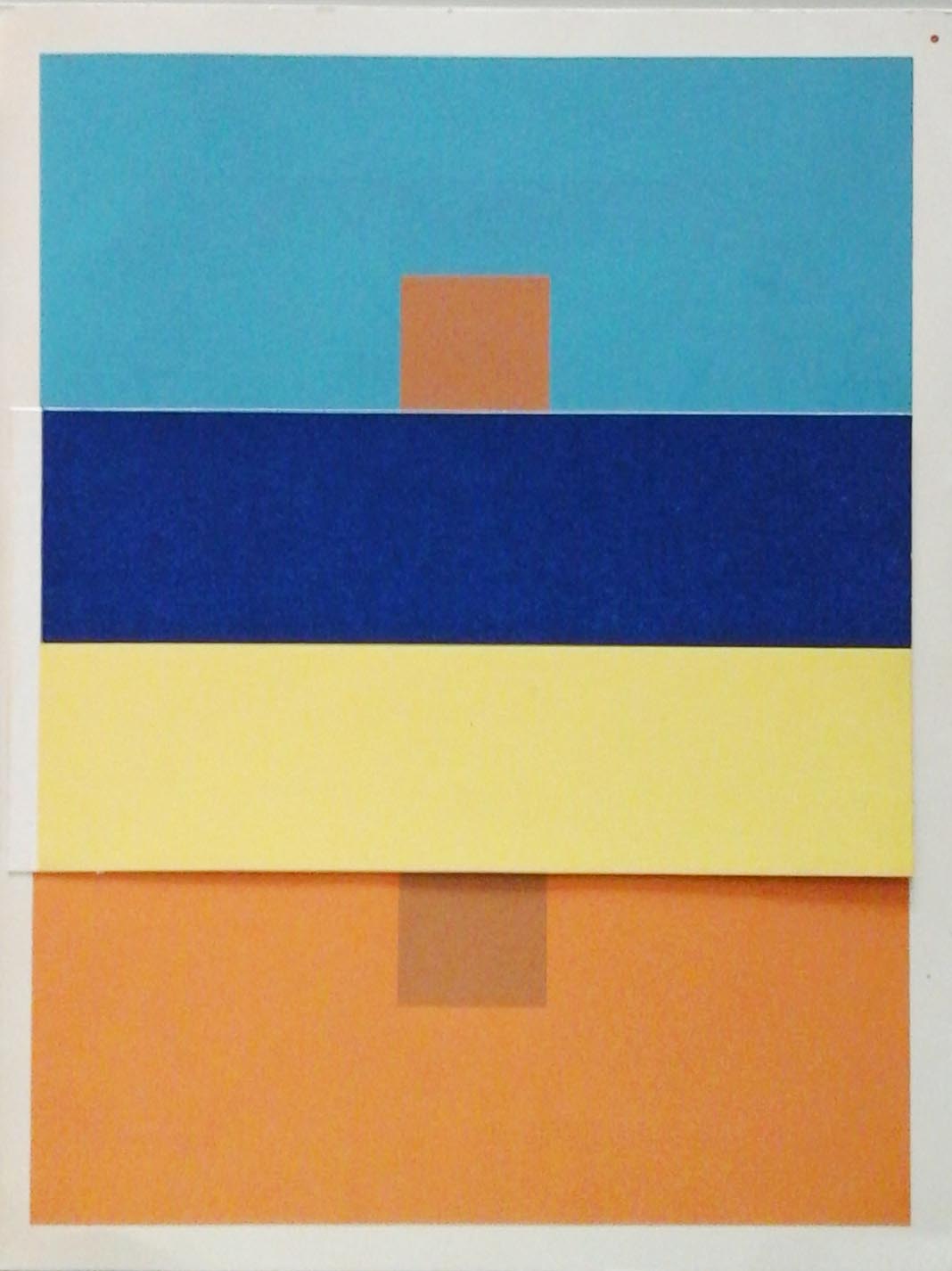 How many colors do you see? How do the two small squares differ? 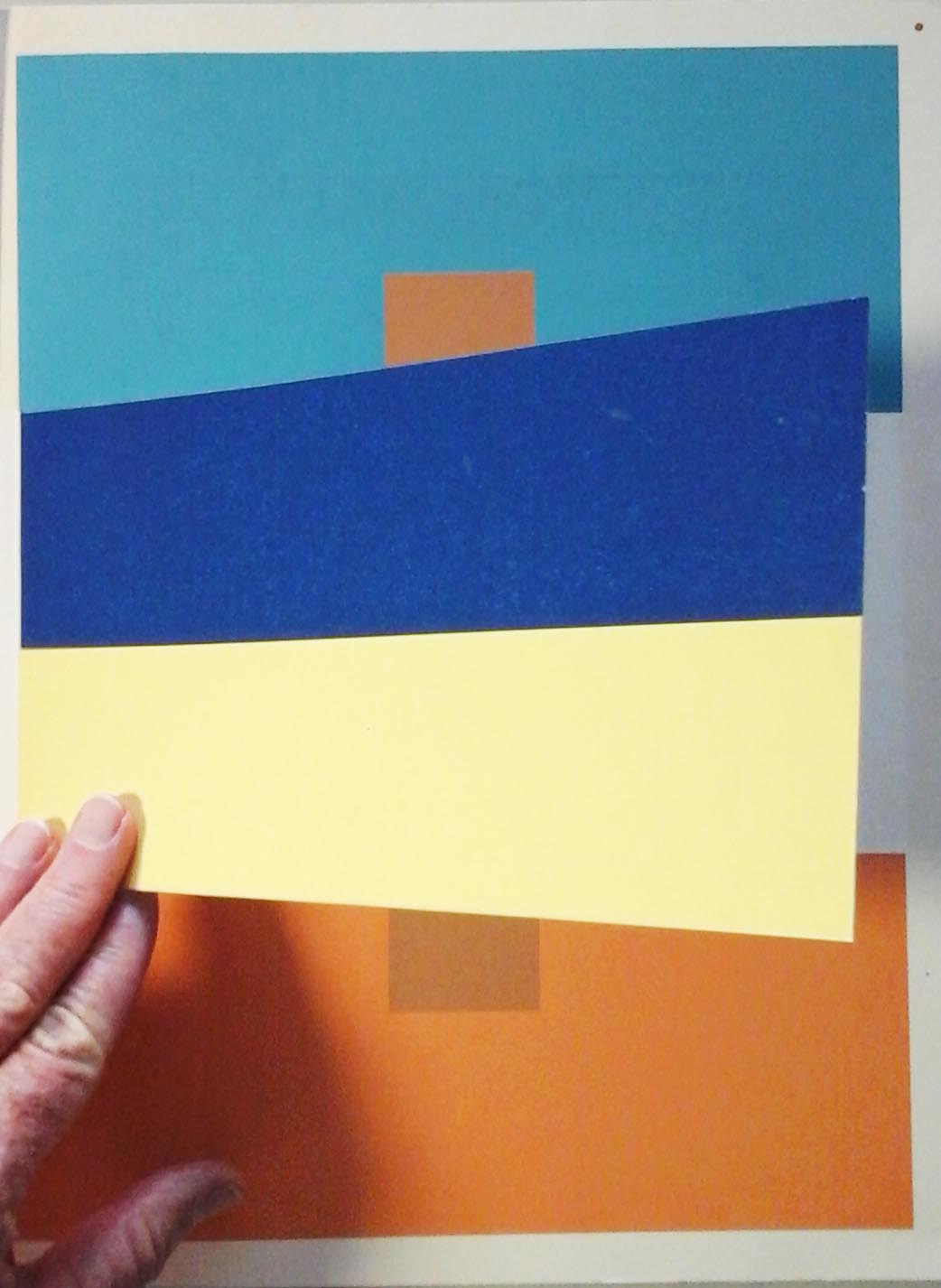 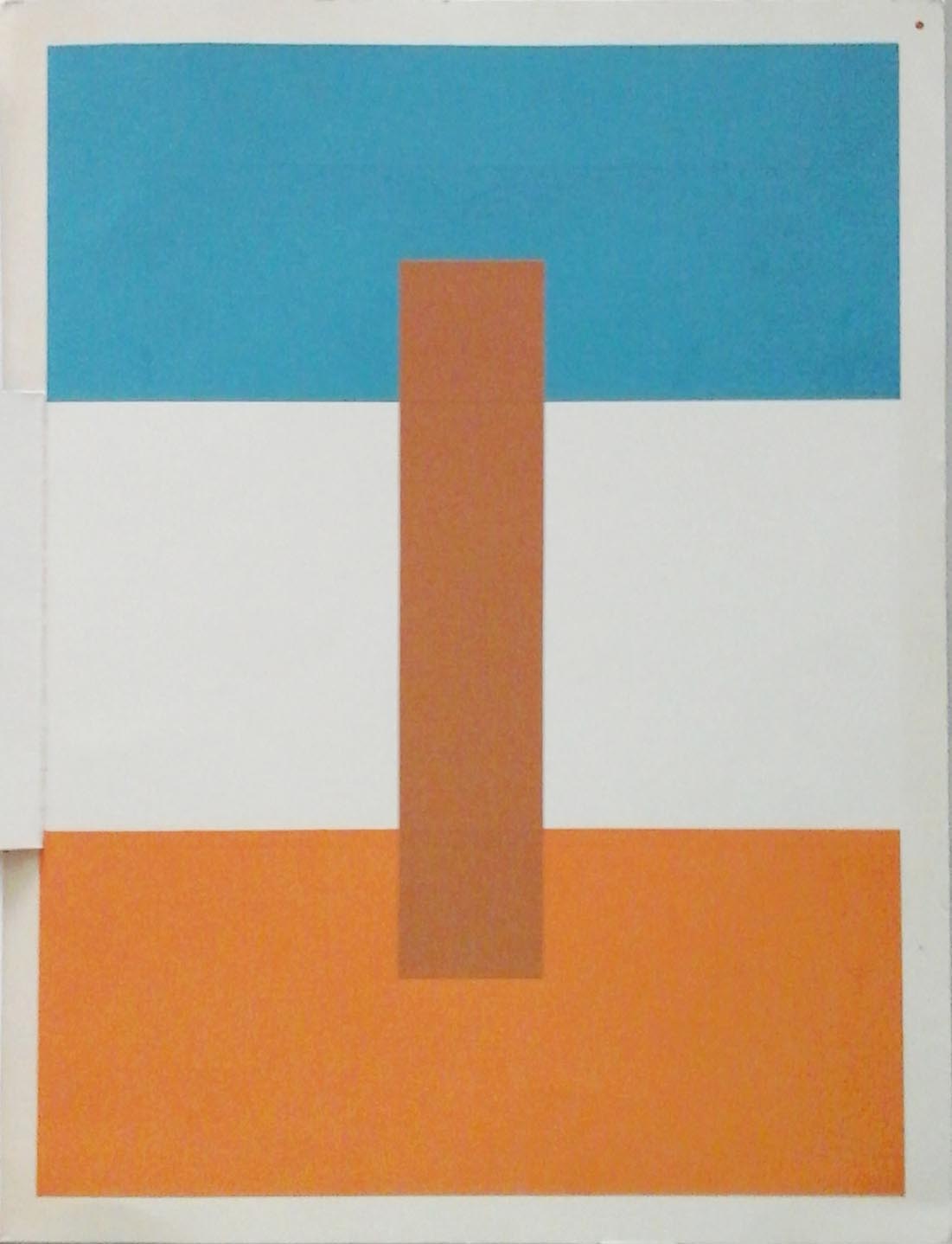 Proof that, although we see a difference when the flap is down, the two squares are the same color. The challenge presented to students in this sequence is "to make one and the same color look different". 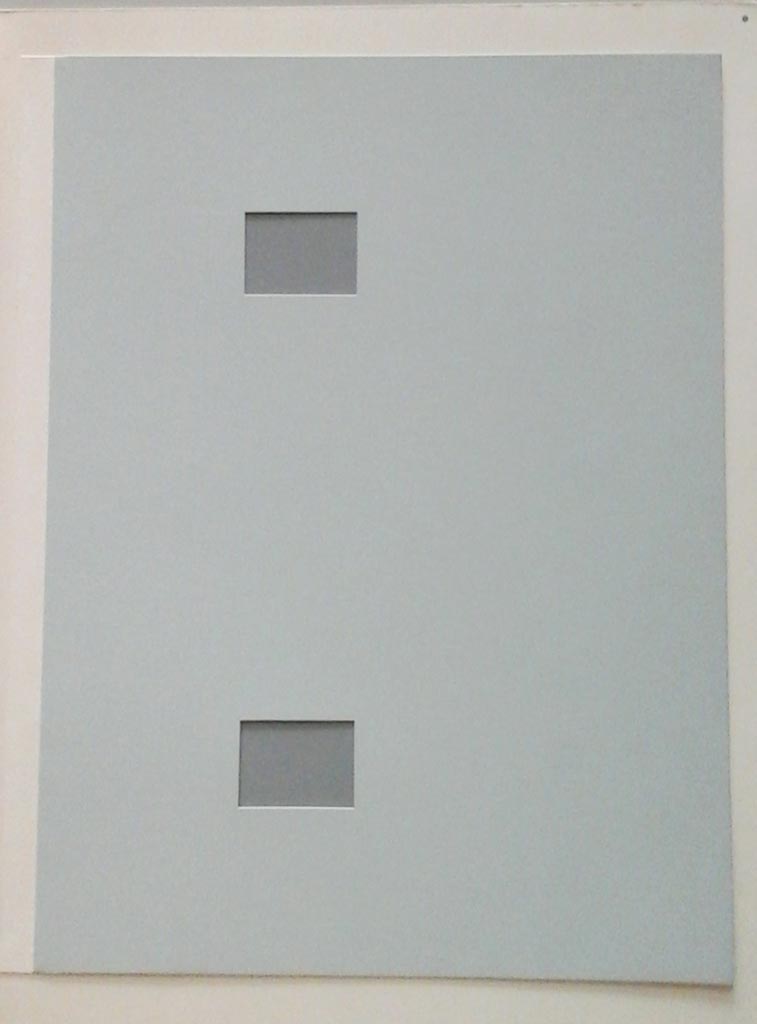 With the flap down, how do the two small squares appear? 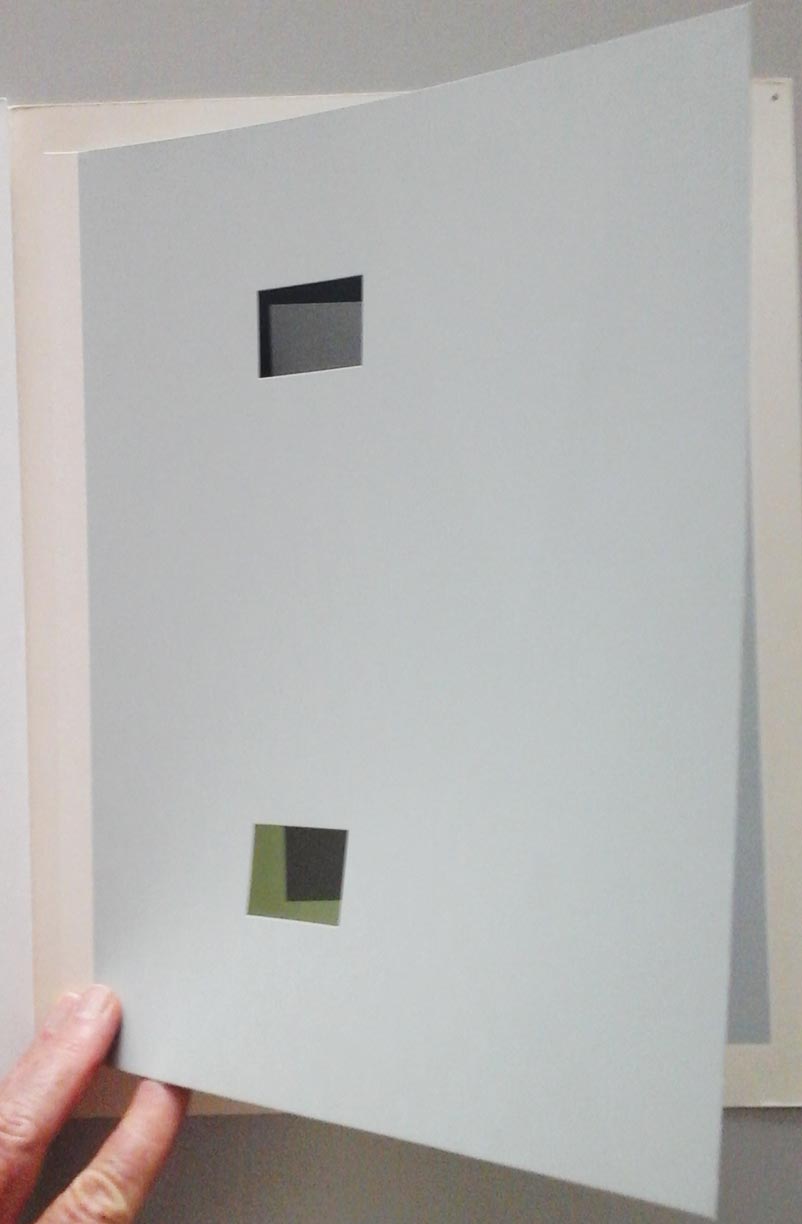 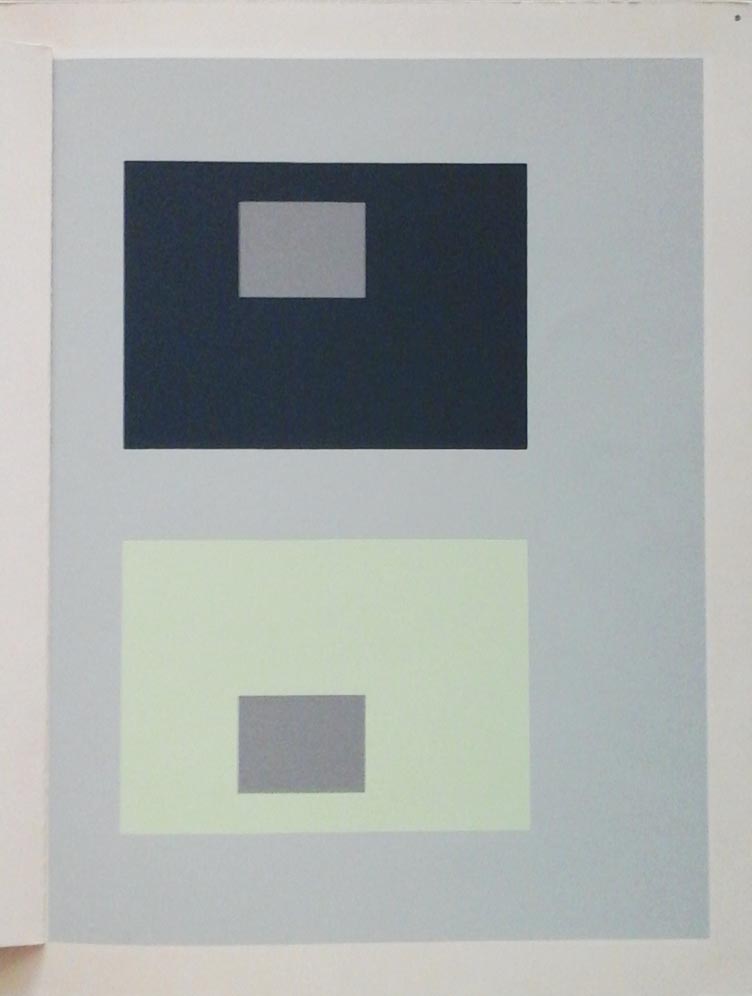 Do the small squares still look the same? 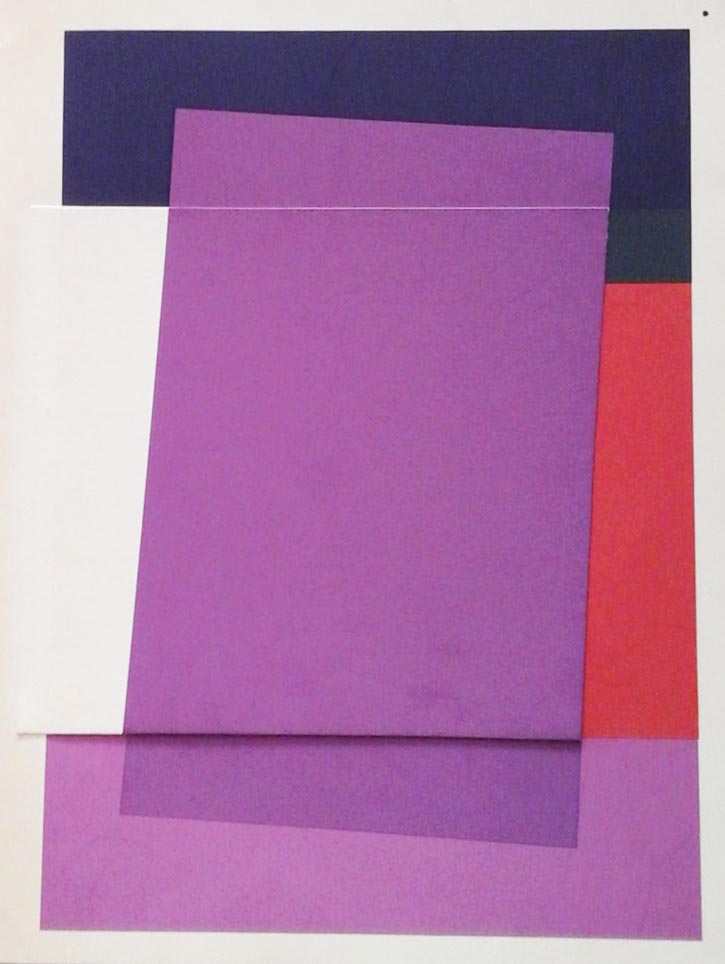 Again, a different example: 1 color can appear as 2 different colors. With the flap down, we see one large violet rectangle (although the shadow at the bottom edge of the flap perhaps disturbs the effect slightly) 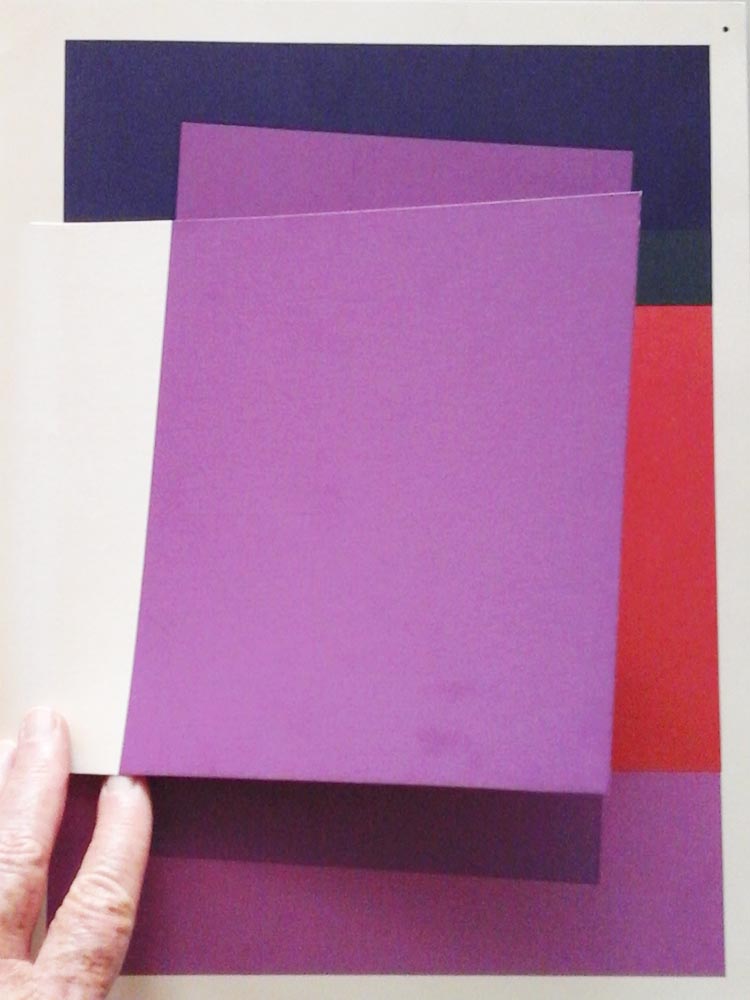 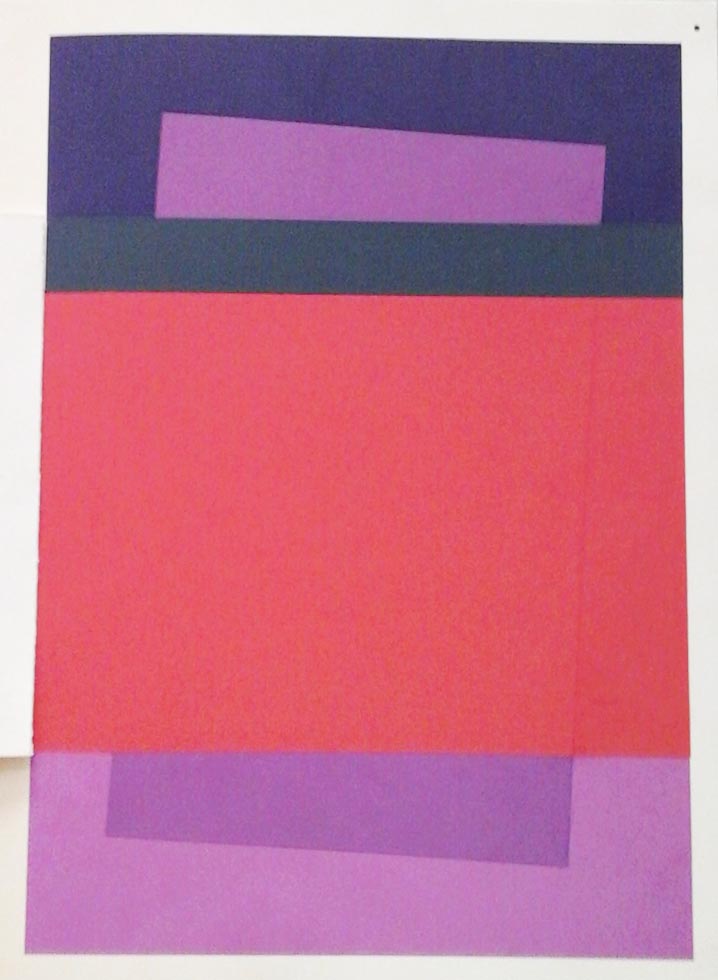 Now what happens to the violet rectangles? Even though we know the two are the same color do we continue to see them as such? 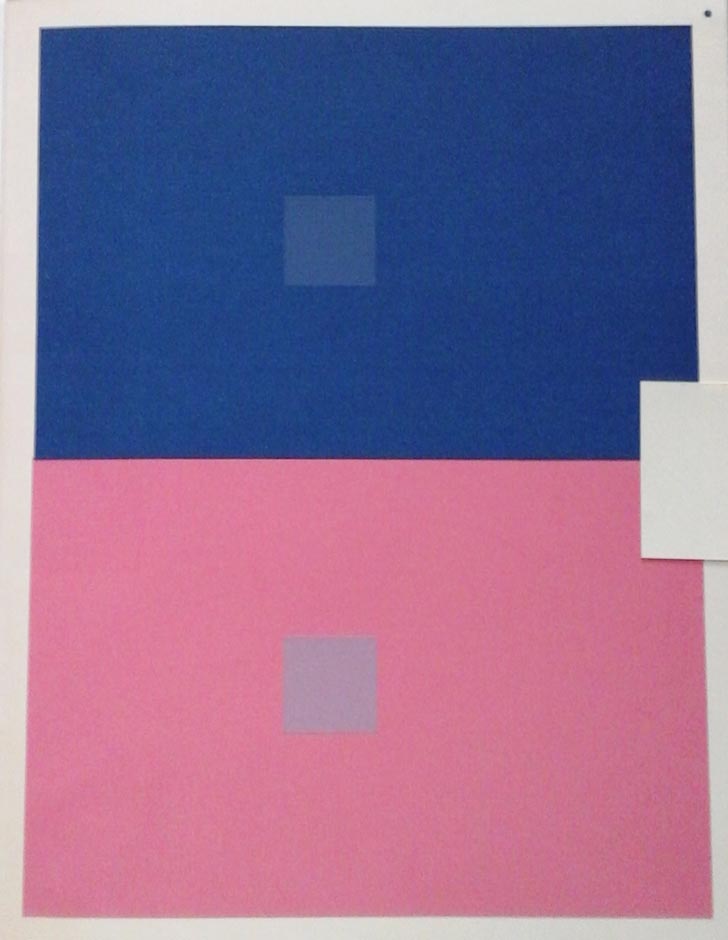 How do the small squares compare? Do you see them as similar or different? Albers suggests focusing on a point in the middle between the two central squares ... does a different focus change how you see the squares? 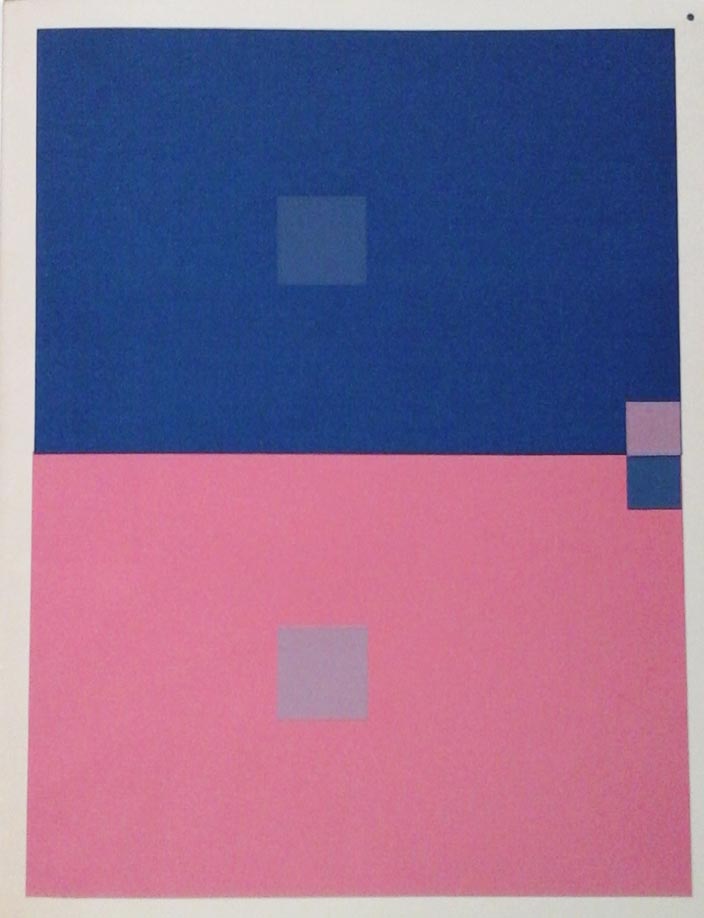 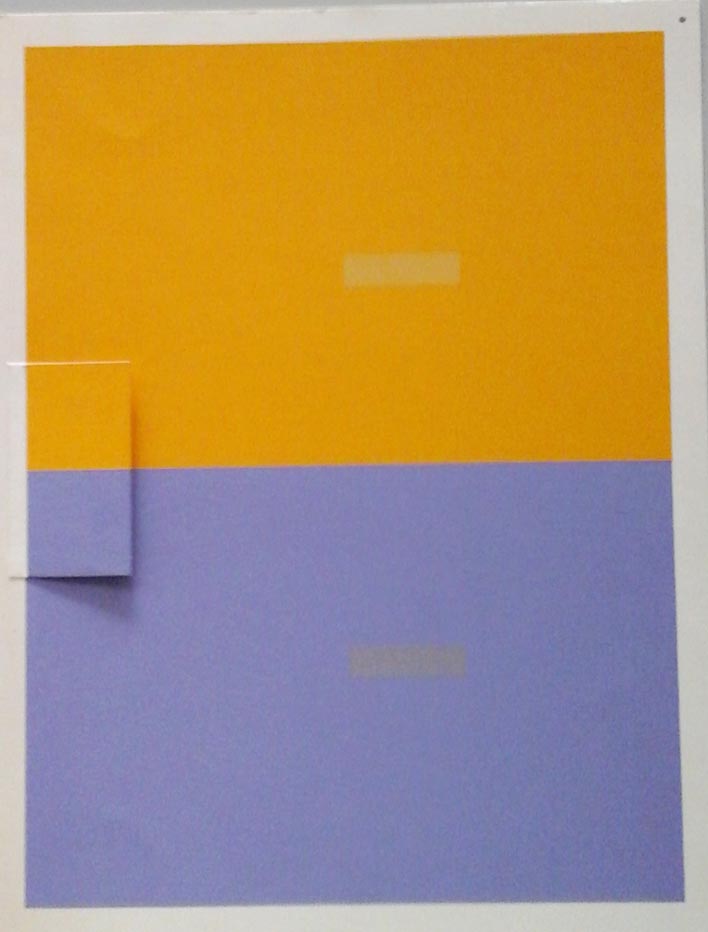 Another example in this sequence. 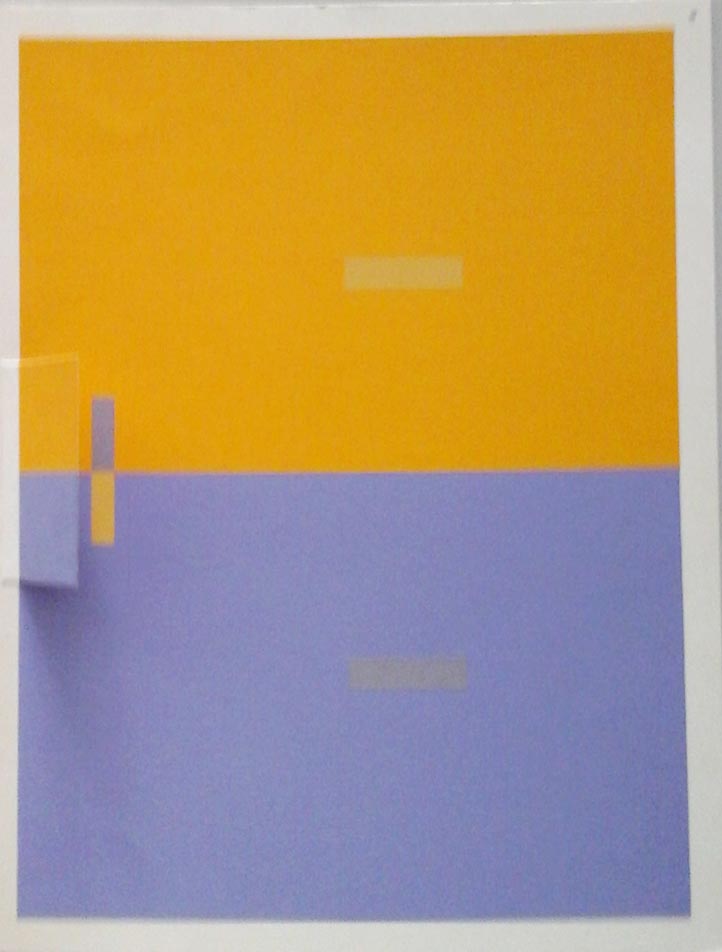 With the flap lifted, again the color of the thin rectangles is reversed. 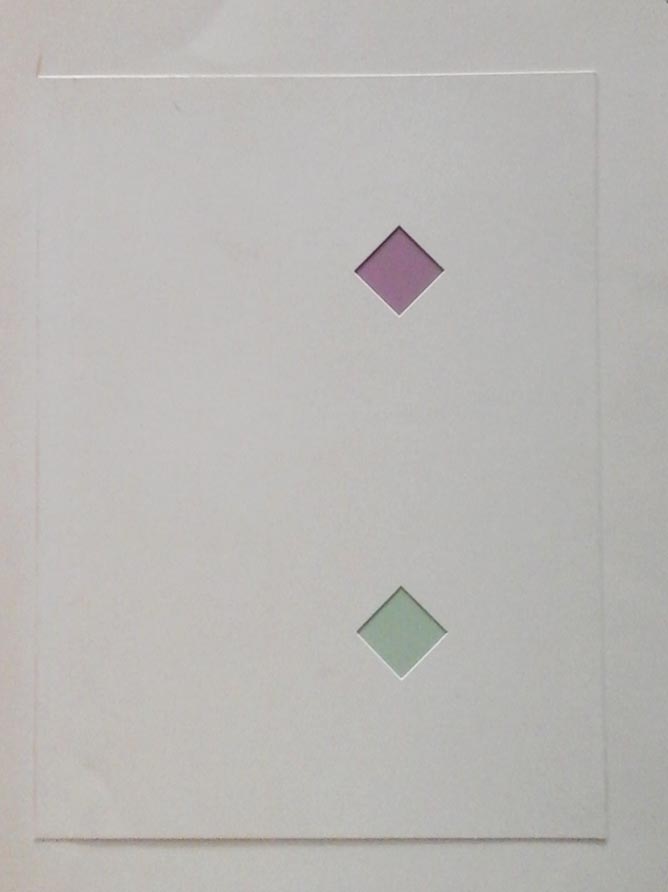 With the flap down, the 2 squares are recognized as different colors. 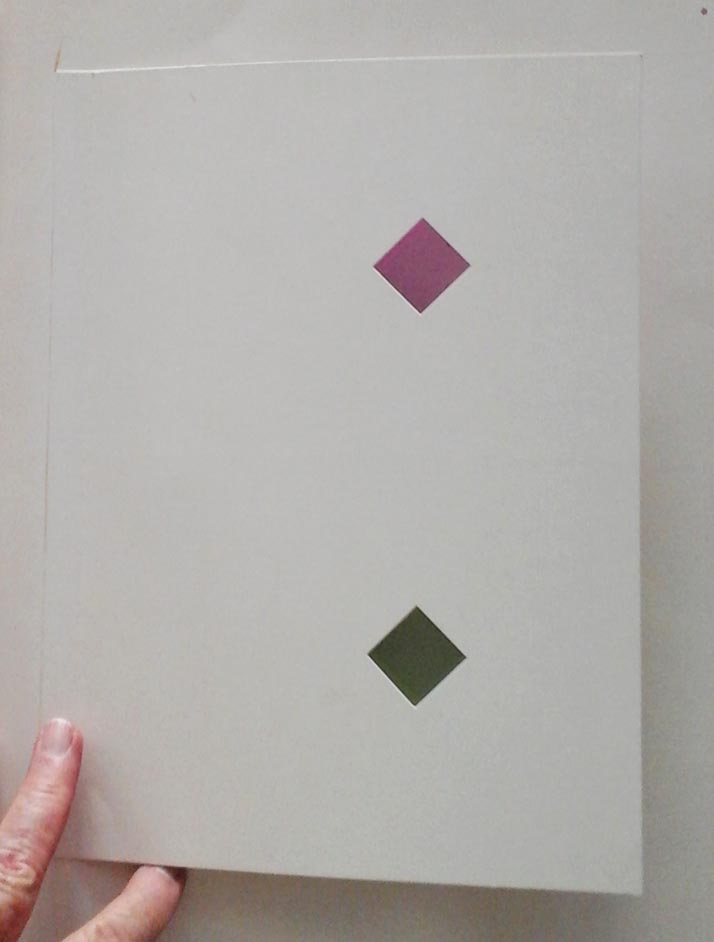 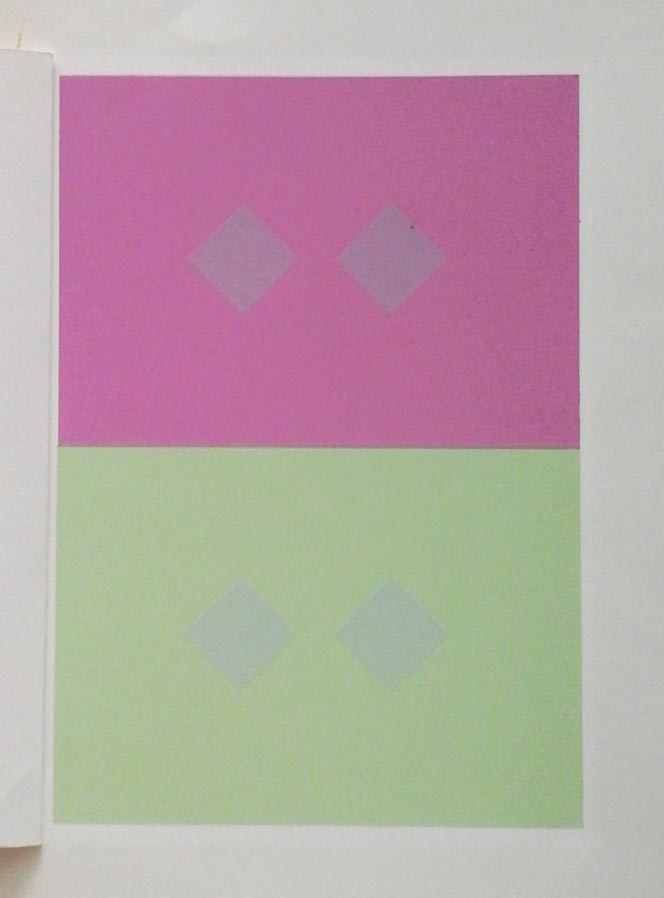 How different from each other do those same 2 squares appear now? The challenge issued in this sequence is to make 2 different colors look alike; or, put it another way, make 4 colors look like 3. 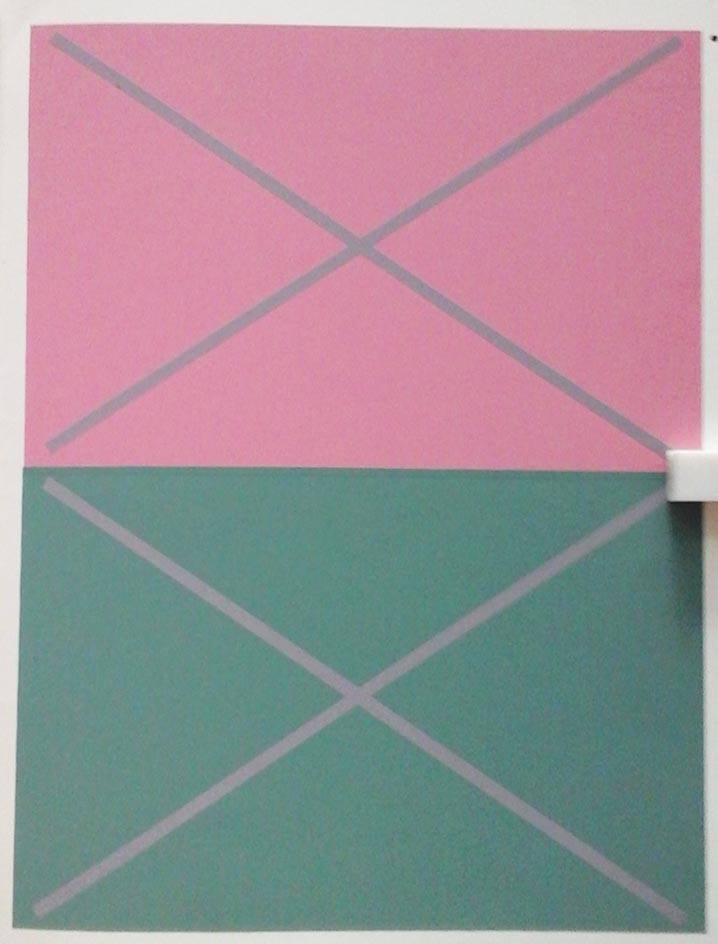 What is the appearance of the 2 Xs? 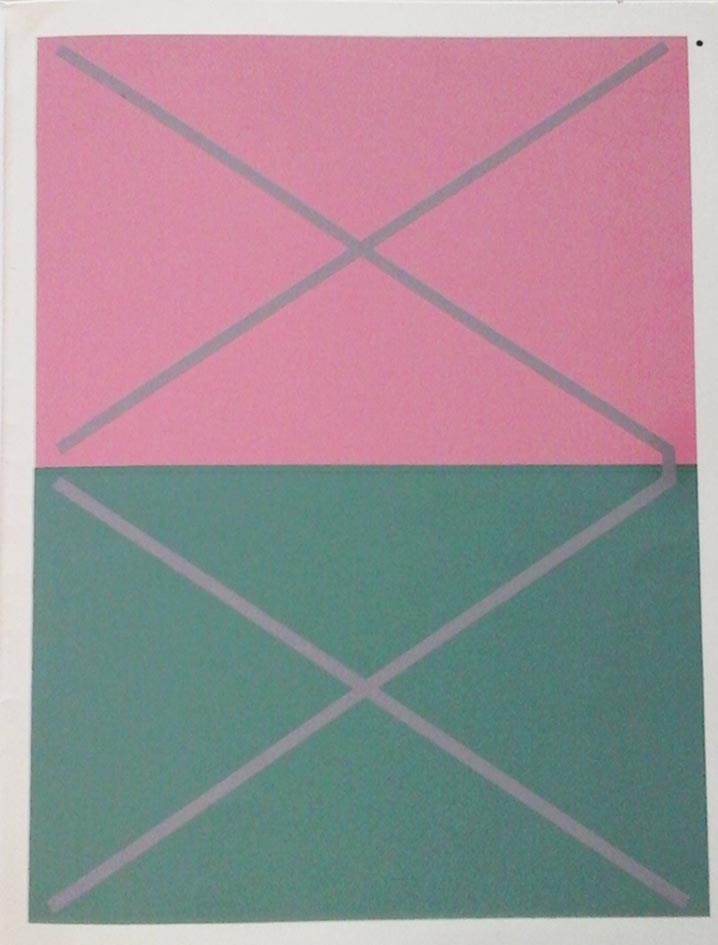 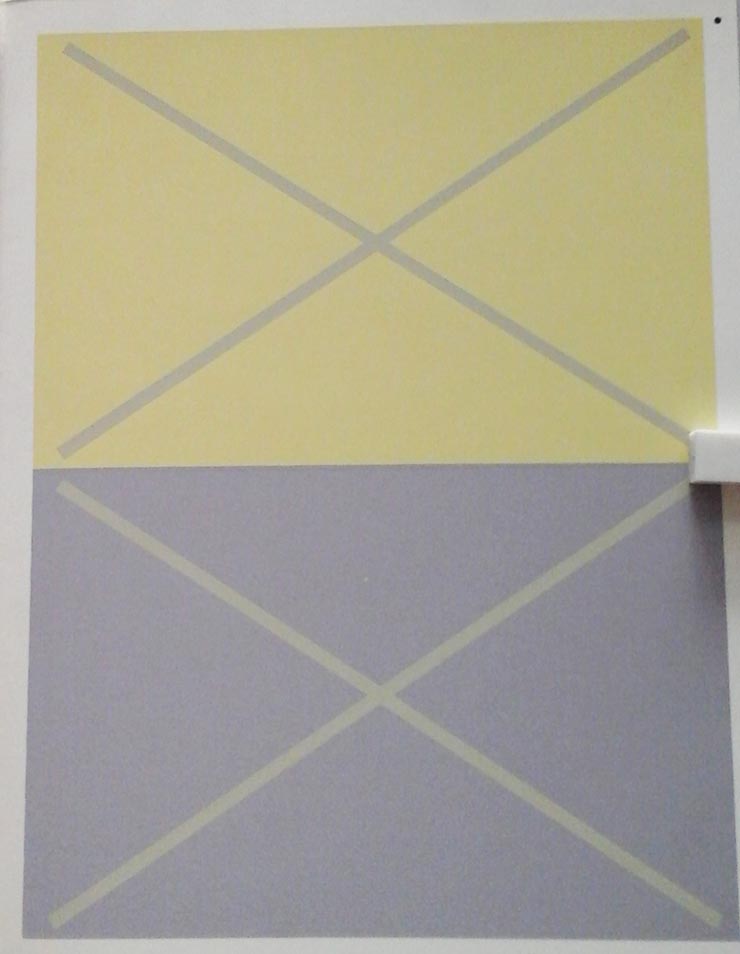 Another example, perhaps even more dramatic than the first. 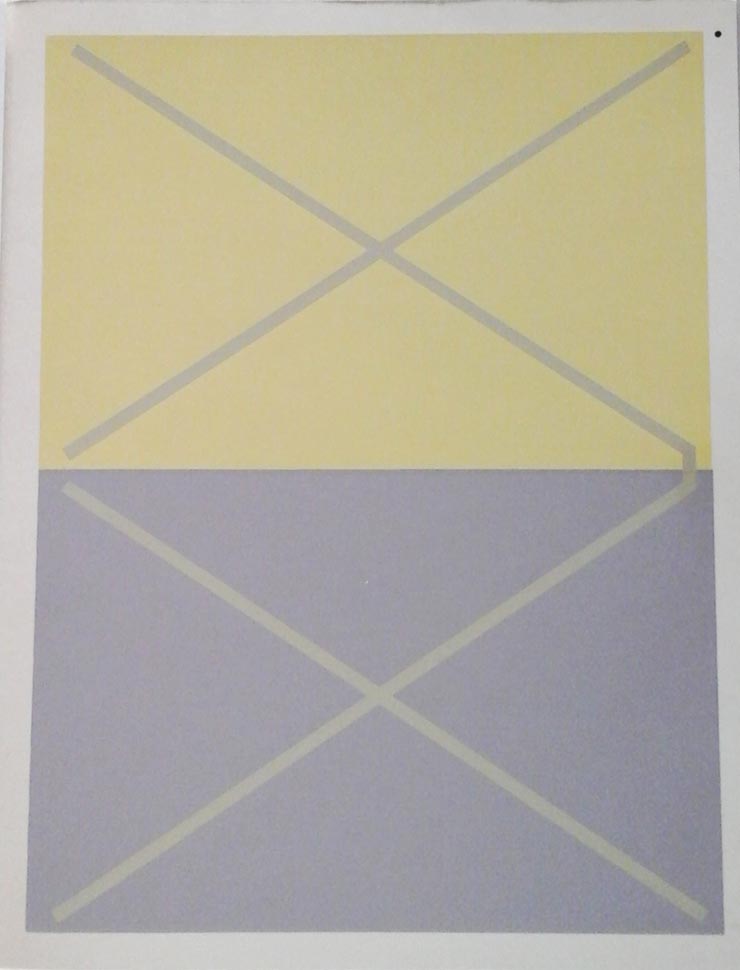 Again, with the block removed, we have proof that the Xs are the same. The challenge posed in this sequence is to make 1 color appear as 2 while also looking like the reversed ground. 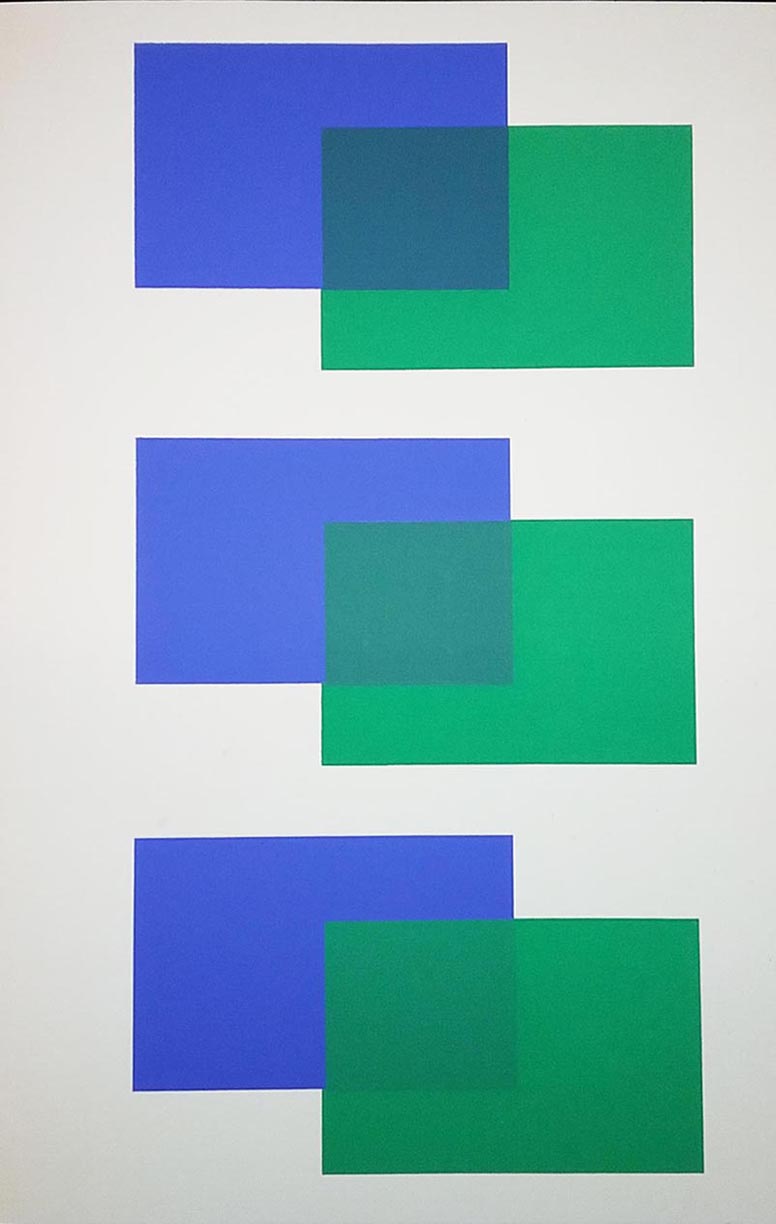 The illusion of transparence--when a﻿n opaque or solid color appears to be transparent--also gives rise to what Albers calls space-illusion. In this plate, which of the rectangles appear to overlap the other? 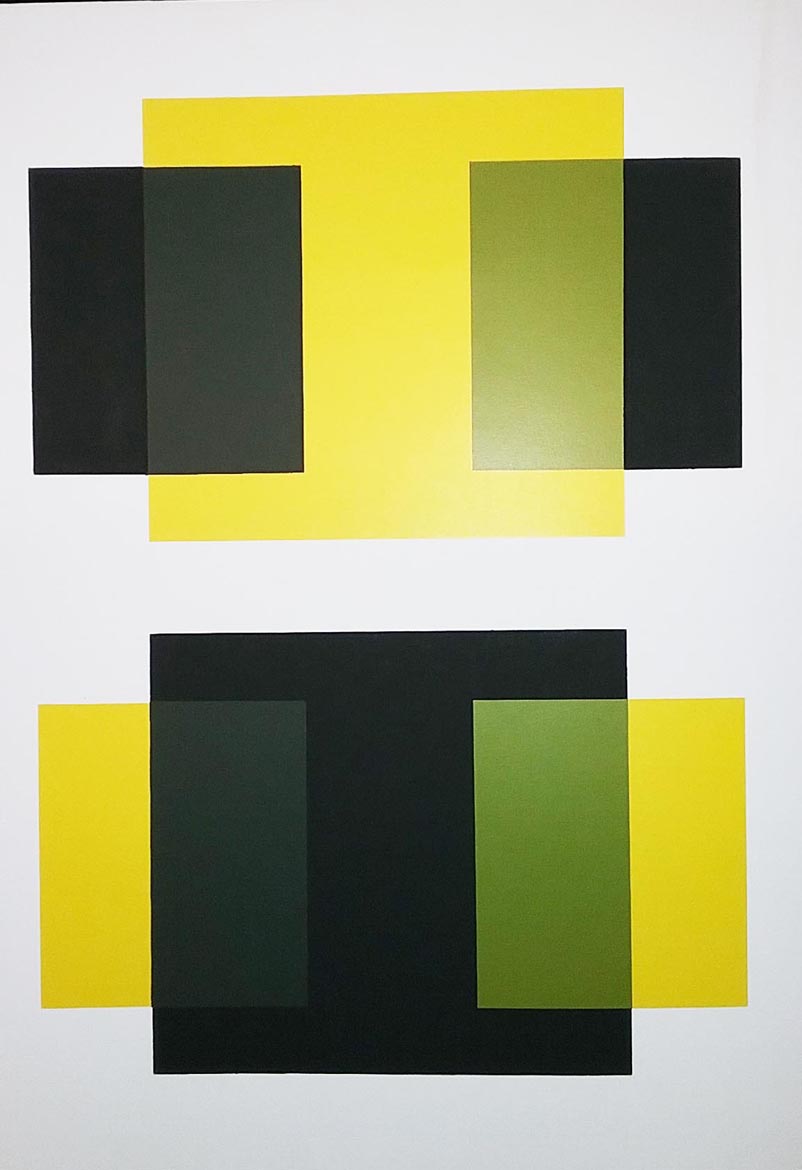 One of the challenges posed in this sequence is to produce different illusionary mixtures from a single pair of 'parent' colors. 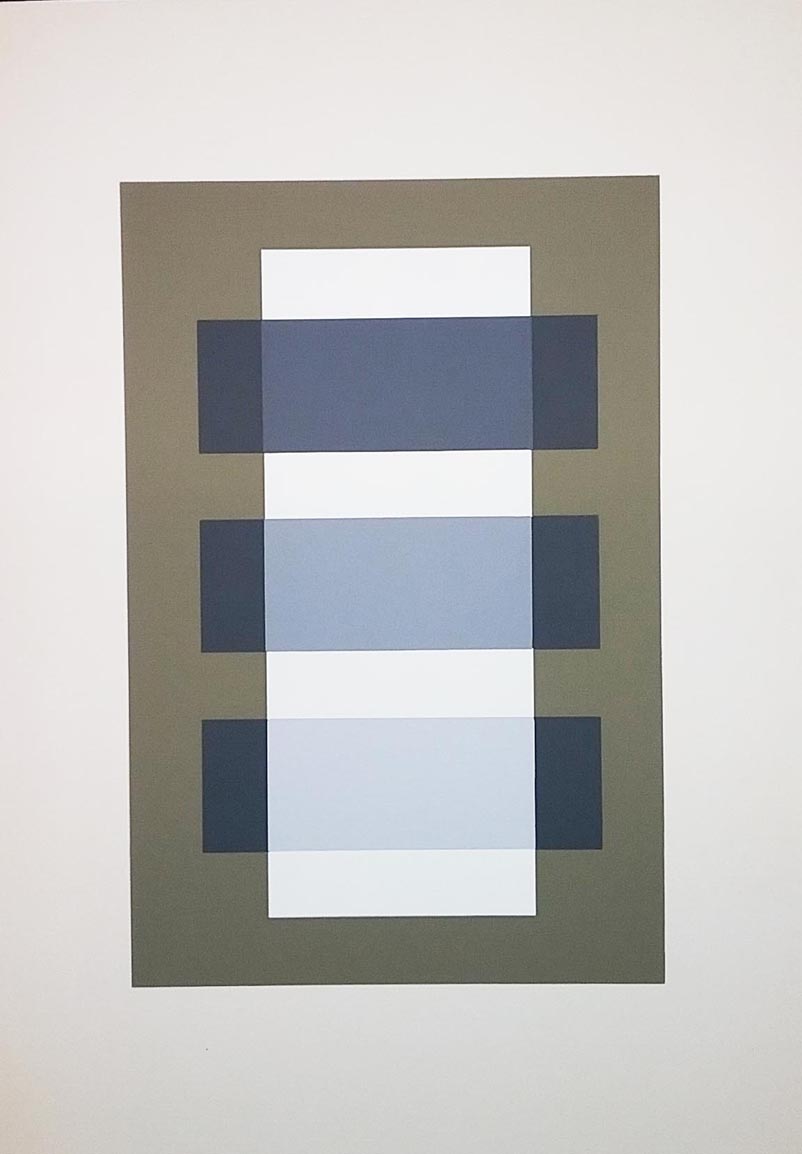 The middle rectangle is a mixture of equal amounts of the 'parent' colors and neither black nor white appears on top. 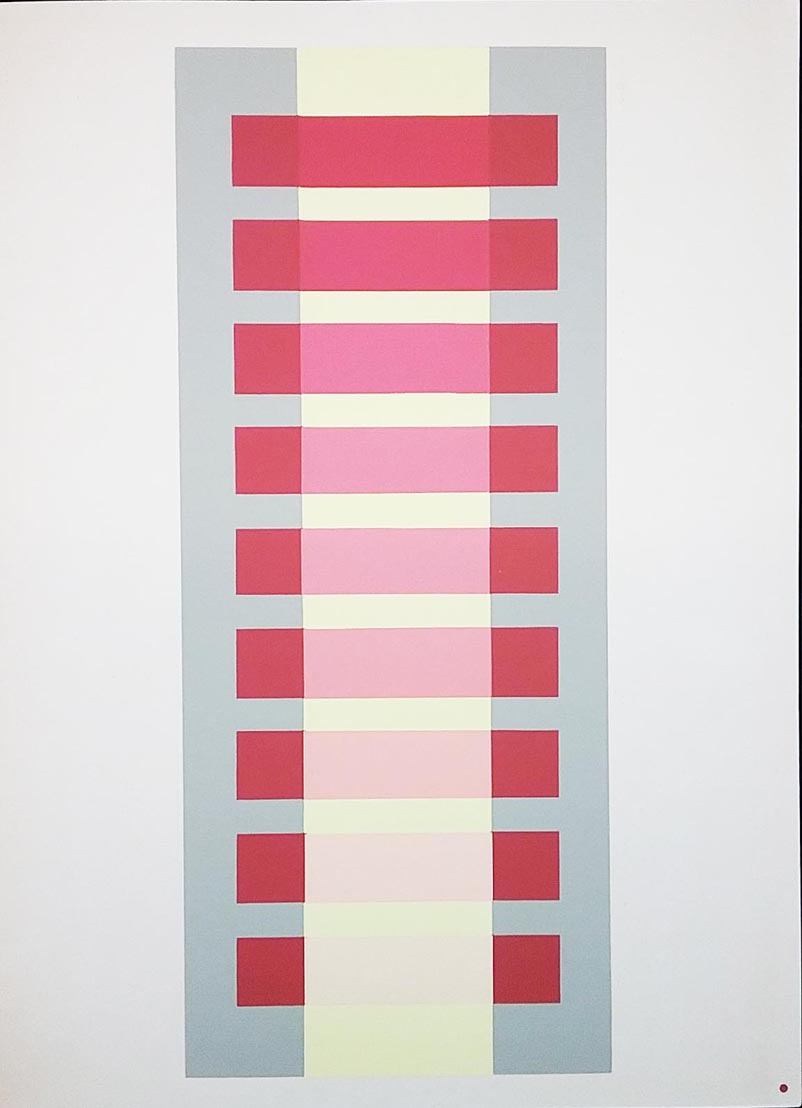 How would you describe space-illusion as presented in this plate? Which rectangle seems to be the result of an equal mixture of the red and yellow 'parents'?