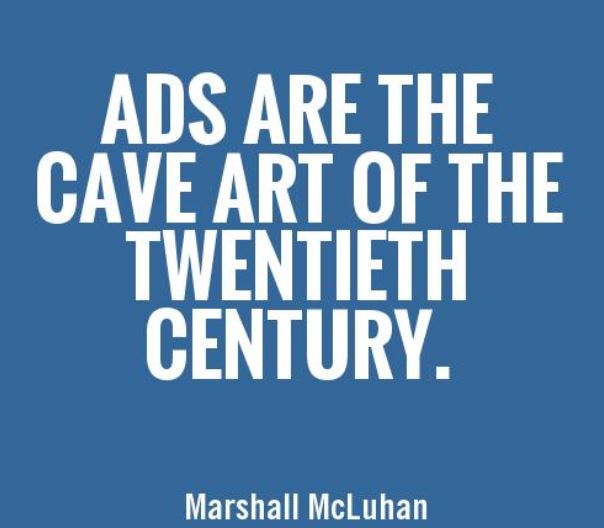 “What you call love was invented by guys like me … to sell nylons.” – Don Draper, Madmen

"Advertising is the greatest art form of the 20th century."  – Marshall McLuhan

"Advertising is the very essence of democracy."  – Anton Chekhov

"Many a small thing has been made large by the right kind of advertising."  – Mark Twain

"Advertising is totally unnecessary. Unless you hope to make money."  – Jef I. Richards

"If advertisers spent the same amount of money on improving their products as they do on advertising then they wouldn't have to advertise them."  – Will Rogers

"Advertising is the life of trade."  – Calvin Coolidge

"We grew up founding our dreams on the infinite promise of American advertising. I still believe that one can learn to play the piano by mail and that mud will give you a perfect complexion."  – Zelda Fitzgerald

“Make it simple. Make it memorable. Make it inviting to look at.” – Leo Burnett

“The aim of marketing is to know and understand the customer so well the product or service fits him and sells itself.”
– Peter Drucker

“People spend money when and where they feel good” – Walt Disney 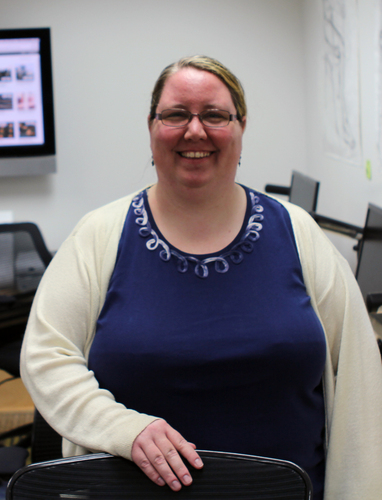 Heather Cleary
she / her / hers
Email Me
Schedule an appointment

Face-to-face help is available at the information desk and from Librarians.